Hello sunshine! It is time for a new Bullet Journal setup!

And while writing this I just realized that it is April 1st – just to be on the save side: THIS IS NOT A JOKE 😀
This month the theme is: Game of Thrones!

I have been thinking about the theme for a very long time, because Game of Thrones is difficult. Every inspiration I found on Pinterest was very detailed and connected with much more effort than I wanted to have. And because I had trouble using my Bullet Journal anyway I was not sure whether it was worth it to venture it.
Well, I’m still not sure but I like how it turned out.

In the end I decided to go for it, because I had the time to draw all the sketches I wanted and I was highly motivated to work on my digital drawing skills. If you haven’t seen my first attempts to draw digitally, you can check out this post. 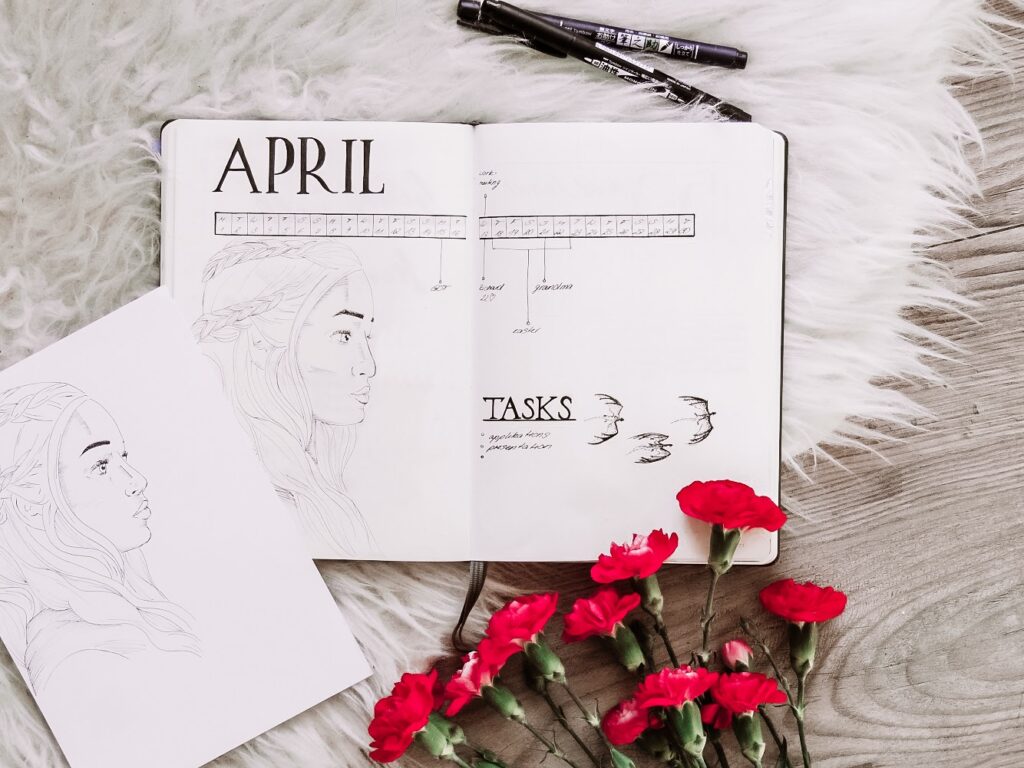 I went for a horizontal spread for the first time. I showed you a spread like this for #blogmas but I have never used it since then. Now it is time for this one!
I have already drawn in some appointments to show you how it will look in the end of the month with all my notes.

Bottom right I made space for important tasks to visualize my top 3 tasks for April. During the next weeks I will split up these tasks into smaller ones to have goals for each week. This way I will try to achieve my goals step by step without standing in froont of a huge task at the end of the month.

Honestly, I’m proud of my drawing of Daenerys Targaryen – so, if you couldn’t recognize her, this should be Daenerys. Even if she is a bit bigger than I expected, she had to be in my Bullet Journal with this theme! Daeneris is my most favourite character and I am excited about her from the very first beginning. 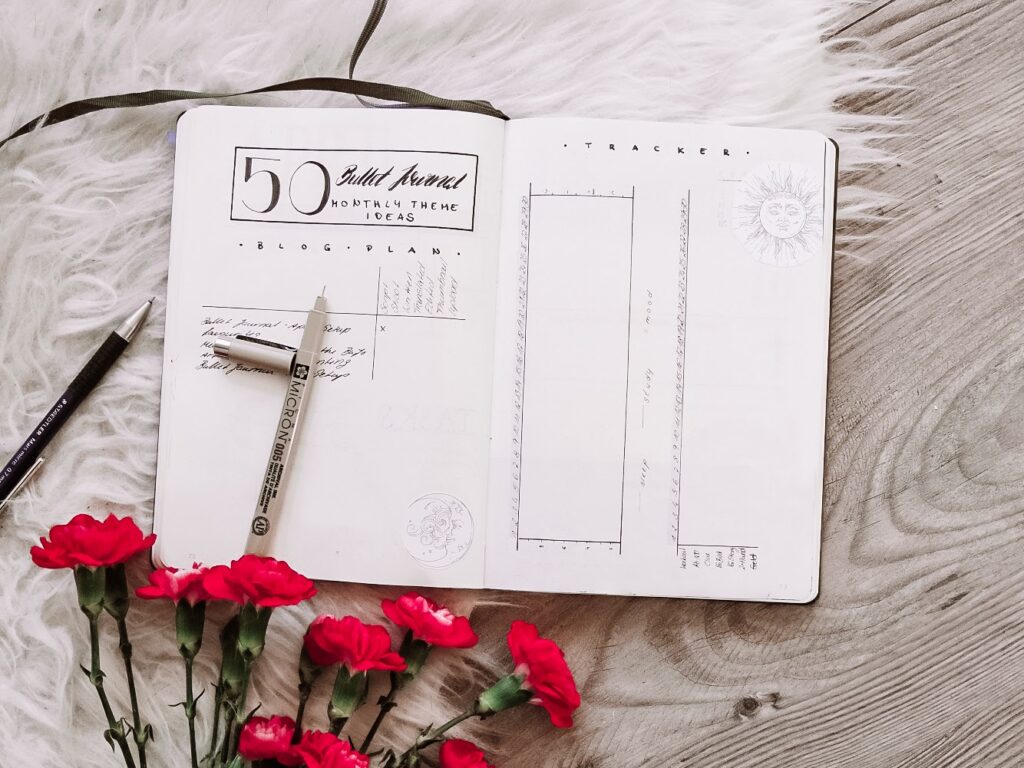 Please don’t be surprised about this big heading. It was for my blogpost about 50 Bullet Journal monthly theme ideas. You can read it shortly after this post.

I’m still not sure about the tracker. My habit tracker in March is the best example for a well painted page never used. For the first two weeks I tried to keep tracking but I got to a point where I had to add to much and I wasn’t motivated at all. All the more irrational that I went for two tracker for April.

On the one side I have my blogtracker for all posts and ideas.

And on the other side I have my habit tracker (on the right side) and a sleep-/ study-/ moodtracker. The first box will be filled in with lines and crosses to show how much time I spend sleeping and working and how my mood was. My friend Lisa from flowersandcrownes inspired me to do this.
The other box is the basic habit tracker and for April I decided to track the following habits: Workouts, Ab Challenge (I’m doing this with a friend), Clue (using the app), Instagram picture, Instagram storie, 2x dogwalk and spend no money. 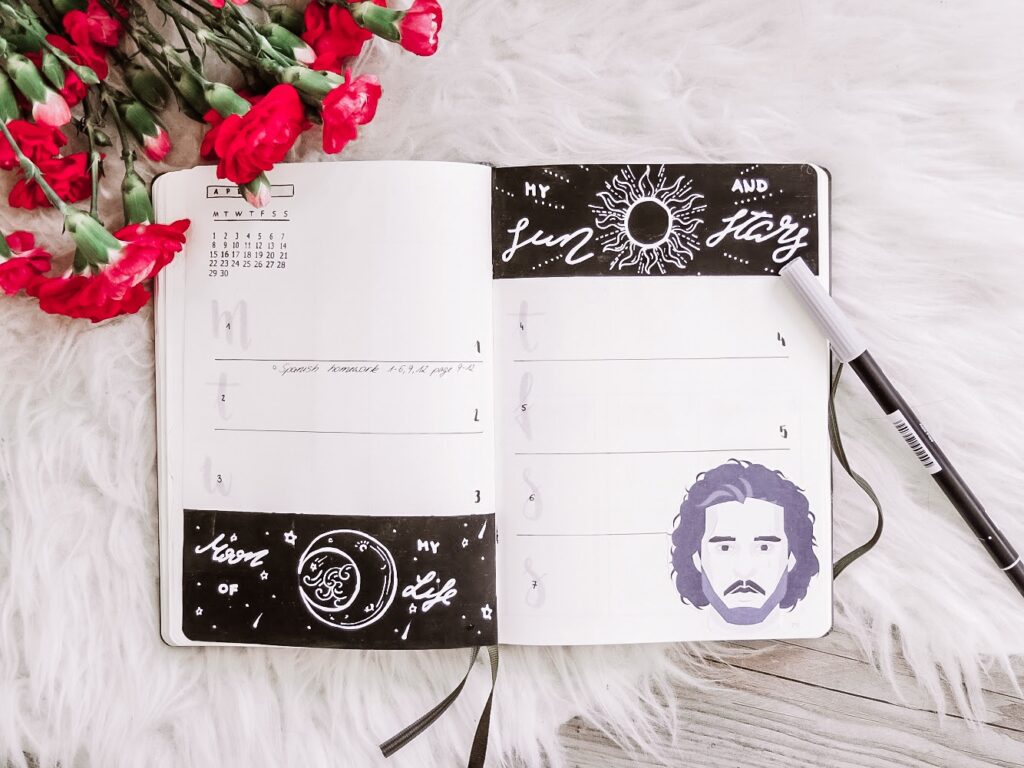 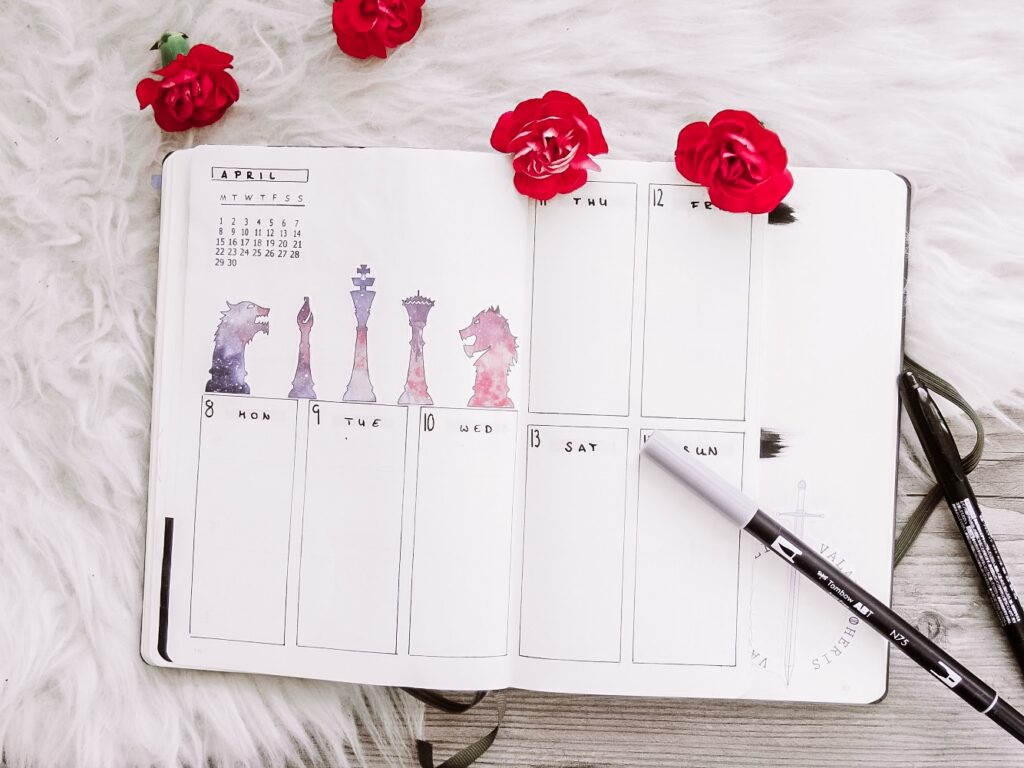 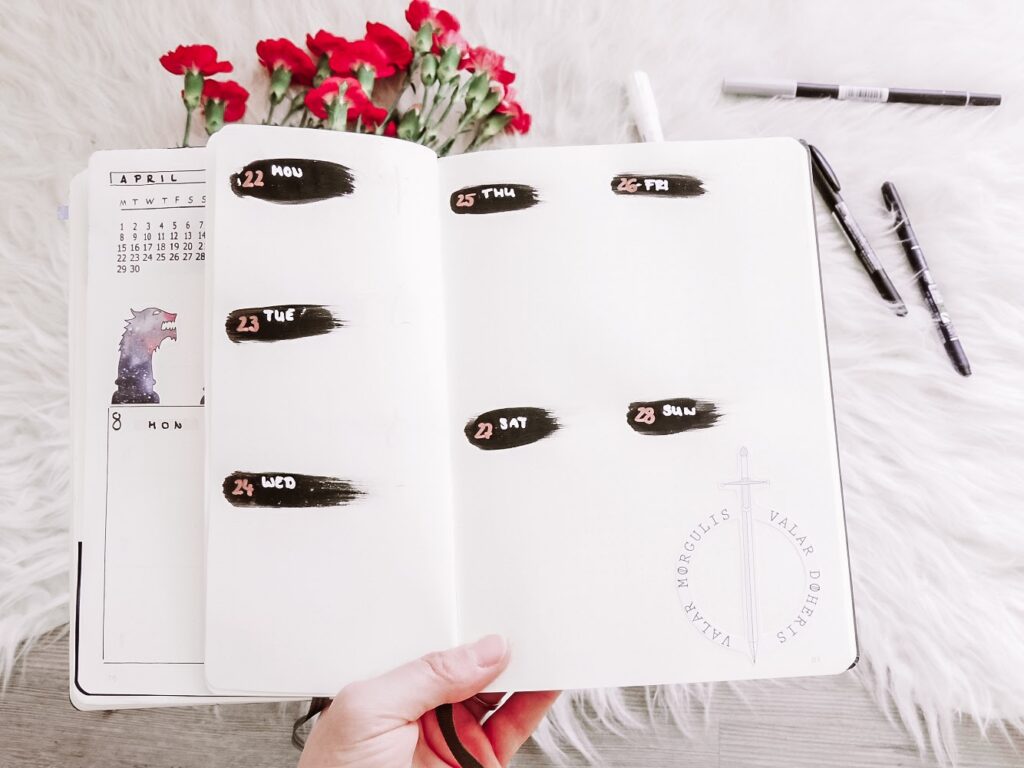 I’m just realizing that I haven’t used the most basic weekly spread in 2019 so far. I always wanted to have a dark black page in my Bullet Journal but obviousely just black would be difficult to write on. So, I wen for partly black with a white quote on it from Daeneris and Khal Drogo. Btw: I loved the relationship they both had. I’m such a huge fan of those stron couples where the man is such a strong and bossy personality but for his wife he is gently and caring.

On the right bottom is a digital drawing of John Snow. I’m surprised that it actually looks that good but to be honest, I had a good template.

For April I chose a grey color to go with the theme It’s my Tombow Number N75. Lately it has been to colorful for me so I wanted a quiet colour. We will see whether this is enough otherwise I will try to make a much more minimalistic design for May.
I know that I have to change something because I’m descending into to-do lists and sticky notes, which would be unnecessary if I would use my Bullet Journal the way it is meant to be. I assume/ hope that it was just the designt for March which was not the best for me and I did not like it that much.

If you haven’t seen Game of Thrones yet, I would definitely recommend to do it now! The first three seasons did not catch me as much as everything from the fourth season. In my opinion the series got better and better from season to season and the final episodes will cap it all of (I hope so)

The chessmen are showing a wolf on the left and a dragon on the right side, matching to the characters I showed you so far.
Even if I told you right now, that I wanted to have these pages more “quiet” I couldn’t resist from havin a galaxy pattern in those chessmen. I really like that look and that’s the only colour I have used.

I have never used this box-system so far. Because of the Dutch Door the boxes on the right side are 4x9cm instead of 4x10cm, but I hope that this will not be a problem.

Have you ever done a show-themed Bullet Journal setup? 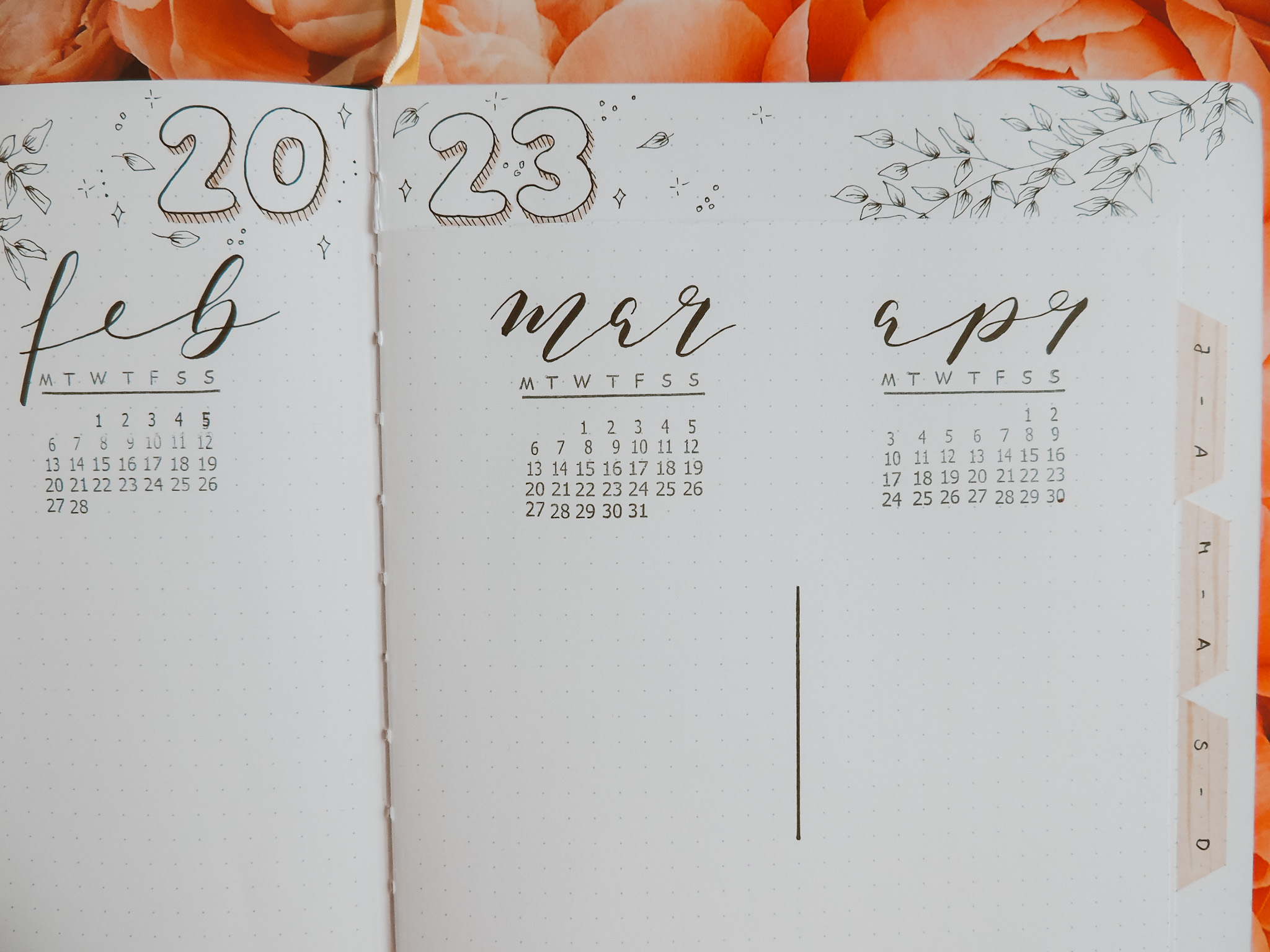 Here you will find my bullet journal setup for 2023. I have some annual trackers, a future log and a list of things I want to do in 2023. All with floral doodles and different fonts. 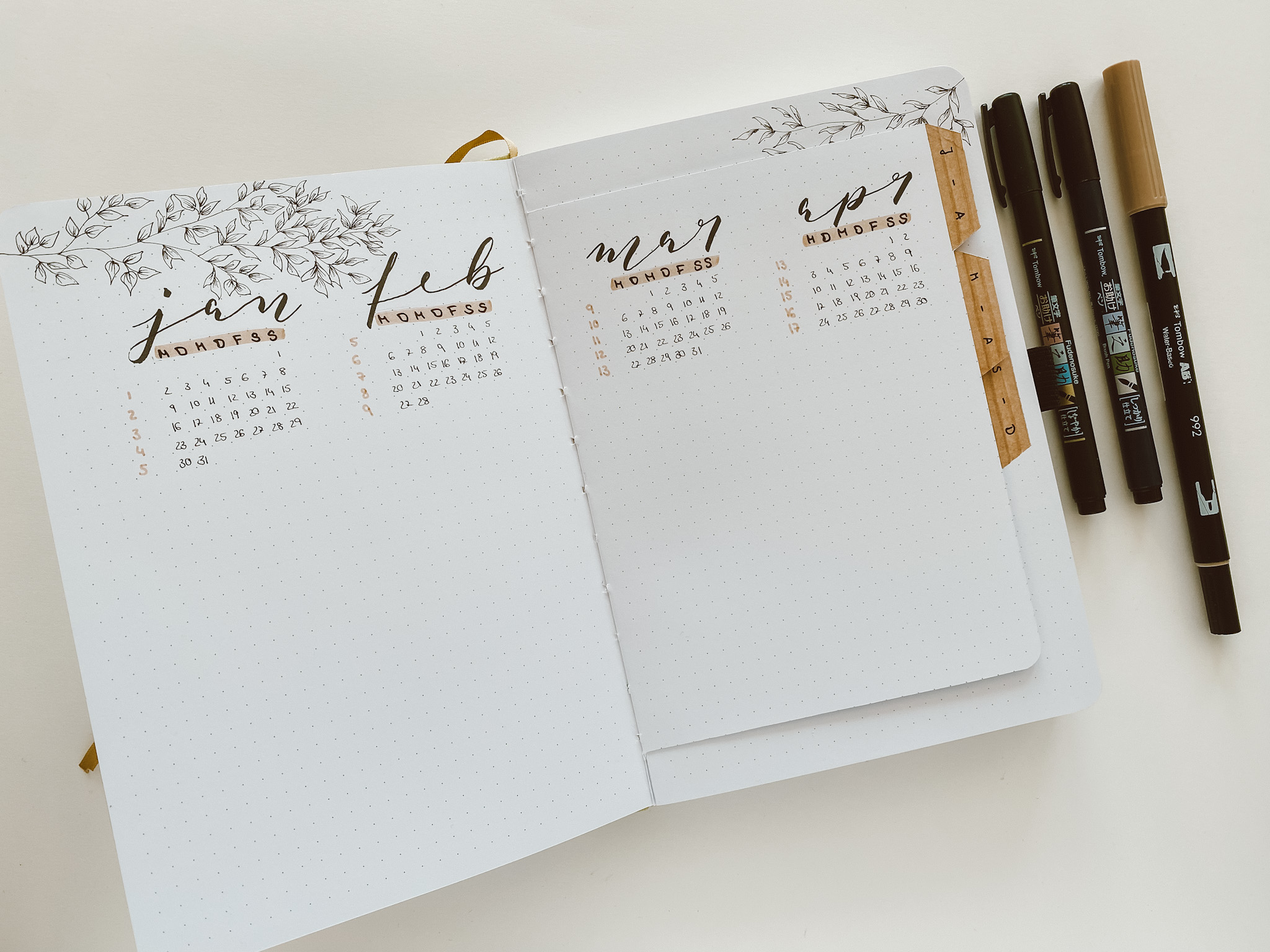 This Minimalist Bullet Journal Setup for 2023 is a bullet journal I gave away for Christmas 2022. Here you will find a Future Log with lots of space for events, to-do’s or other things. There is also a list of 23 things you should do in 2023 and a simple period tracker.
All without a lot of frills, but with plenty of room for personal design options. 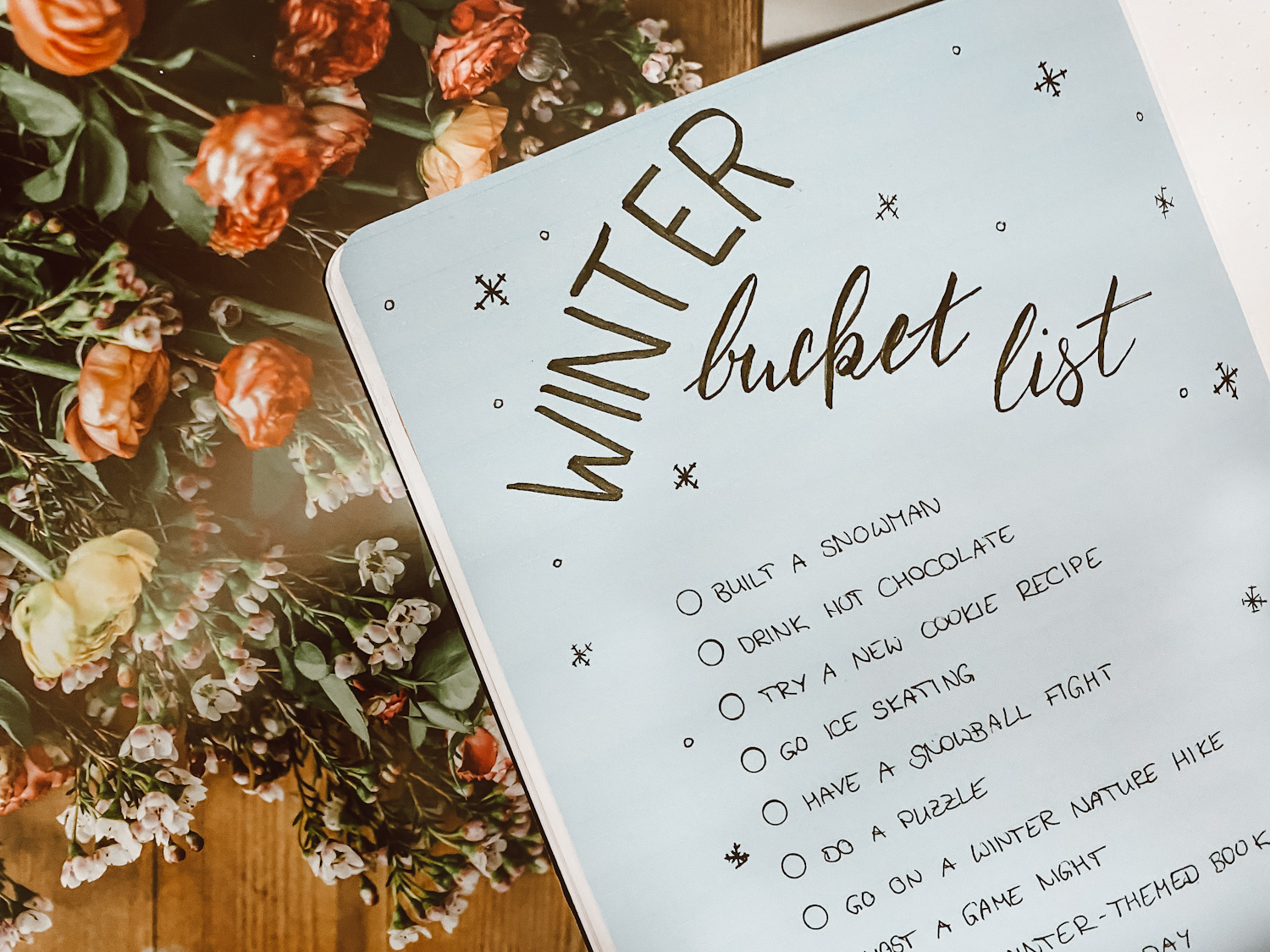 Here you will find ideas for your winter bucket list including instructions on how to create your bullet journal page for it.